I can't bite my tongue any longer. The bitterness and divisiveness in this country is sickening. The local elections, state elections, and federal elections are so acrimonious that I am disgusted at any mention of politics. How do you choose between someone who has lined their pockets and hired cronies (I'm looking at you, Josh Mandel and Maggie Brooks!) and an entrenched, old-school, run-of-the-mill party-line voter who has served well but with whom you are finding yourself more at odds with?
The choices are meager and disheartening. However, there is one election in which there is only one real choice.
I am voting for Barack Obama.
I will lay out my reasons here. Some have to do with good things he has done. Some have to do with changes that his challenger would impose. Others are personal choices.
1. President Obama has, at the very least, tried to deliver on his promises. He has wound down the wars in Iraq and Afghanistan. He has tried to use the workings of the federal government to help the economy. He has sought concessions and regulatory acceptance from the financial industry, which was running amok. He brought transparency and change to a secretive, vindictive, antagonistic previous administration that spied on its own citizens, lied to them in order to support an invasion, and promoted their own (re: wealthy) at the expense of protection for the masses (re: the other 98% of us).
2. Obama pushed the Congress to approve a watered-down Affordable Care Act (a.k.a., Obamacare) that will provide preventative care to millions who could not afford it or decided to go without it, with potentially disastrous consequences. For those of you who think that it will raise costs for everyone, it actually will reduce costs because, currently, we are already paying for catastrophic care for individuals with no insurance. Ask a doctor.
3. He is not abandoning Israel. He may not agree with everything they do, nor should he blindly toe the line. However, when it comes to important issues, such as Hamas, Hezbollah, and Iranian nuclear threats, Obama is steadfast in his support of Israel and has its back. Too much is made of perceived slights and disagreements with Netanyahu. As I have come to realize, though, being a leader or an advisor to a leader means listening to advisors whose job it is to make them aware of alternative theories and hard truths. After working in the defense industry for twenty years, I understand that for every issue we are aware of publicly, there are literally dozens of secondary factors that we never hear.
3. Will the real Mitt Romney please stand up? How can anyone be certain of what Romney stands for? He was for universal health care, then he was against it. He was against a woman's right to choose for herself, then softened his opposition to choice and gave caveats. He was for letting the auto industry go bankrupt, and forcefully stated so in an editorial, then denied it. He was ambiguous and strangely silent on financial industry regulation, and still is. He was not involved with Bain Capital after 1999, but was listed as an officer until 2002. If this were someone I worked with, I wouldn't trust him at all to support any project I worked on because I would not know if he would change his mind based on what a superior, friend, or coworker might suggest. His word is not a valuable commodity to him. Take this test: Would you want this man as a partner in business? Would you want him as a confidant? I wouldn't.
4. Romney would take this country back fifty years in morality. It would be a sort of social McCarthyism. Pro-choice supporters would be reduced to speaking in hushed tones while escorting those who need abortions into back alleys and third-world doctor's offices. Birthers and swift-boaters would be elevated over fact-checkers and respected reporters. The Tea Party would have a seat at the policy table, which is a scarier proposition that another Clarence Thomas on the Supreme Court. Speaking of which, should one of the Supremes decide to step down, another conservative justice on the Court would swing the social scale so far to the right that the country may never recover some of the gains it has made over the last half century. Not only would Roe v. Wade be in danger, but anything that smacks of affirmative action, gun control, or social and economic equality would be subject to review via the multitude of challenges brought by reactionary right-wing zealots.
5. Personally, I am sick of hearing about how this country is going to hell, how there will not be any America in four years if President Obama is reelected, how the Republican party needs to "take back" or "save" this country, how Obama is a communist. These arguments sound ridiculous and are typical of most far-right wing rhetoric: short on facts and long on venom.
I may not agree with everything that our current President says or does, but I know that he is more moderate than Romney, and this country does not need a conservative wolf in a moderate sheep's clothing.
Posted by Dan at 3:14 PM 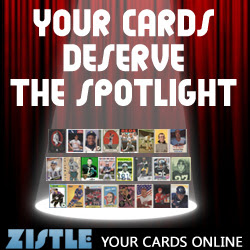